Conor Oberst is a guy I’ve been fascinated with ever since I first picked up a Bright Eyes EP back in Norwich in my hazy but happy post uni days dating an art school girl, we drifted in and out of cd shops scribbling Dr. Frank lyrics on paper airplanes and throwing them into open windows….Anyway, that’s another story….Yeah, that first Conor EP “Every day and Every night” it was amazing, it pulled me into another world. Songs like “on my way to work” and “a perfect sonnet” capture your imagination and set your heart on fire in a way few others songs have done since. Then came “Fevers and Mirrors” which just breezed somehow making emotional despair, confusion and sadness feel not just arty, but universal and a gateway to golden eternity.. No wonder Mark Kozelek is such a fan.

So, he’s been around a long time. I saw him once in 2002, he was drunk it was crazy. He made some good albums, some bad ones, and then last year had a mental health breakdown which he captured so brilliantly and elegantly in Ruminations which was by far my album of year. He then went on tour and sang with my hero Mark Kozelek (musically only), and then he releases, quite by surprise, Salutations. This is the re-working of Ruminations, so ok it’s lost it’s rawness, but it sounds more complete – a whole band doing lots of things on it! There are also seven extra songs on. I’m still going through it all but you can listen to it over at NPR now. Meanwhile here are a few of my favourite Conor songs from yeas-gone-by

This album completely knocked me out. I remember reading late last year how Conor had to cancel a tour due to exhaustion and was sent back home to Omaha to recover. Turns out he was suffering a full on breakdown. Every single song on ruminations  is amazing, and nothing else could touch it. Beautiful, heart felt songs about a guy losing everything and trying to find peace in a world he doesn’t recognise or understand…

There’s a little Irish band called Villagers, well actually it’s just one guy. An incredibly talented young man I saw a few years ago on TV looking like the new Conor Oberst, now somehow he’s got older, greying hair, but his music is still poetic, emotional and he sings like the falling snow – crisp, clear, illuminating fears and time itself.

He has an interesting new album out. A re-recording of songs from the past 5 years, recorded in a day. It’s much more musical, an almost classical take on his songs with harp and grand piano included. I think it makes these already great songs stronger. You can listen to the whole thing on his website, or just watch the video below. Either way it’s really worth listening to, especially if you think all music sounds the same these days…

The other album I’m listening to is, of course, the new Sun Kil Moon. It’s very loud. He shouts a lot and swears a great deal. He sings about his day, and hanging out with his girlfriend, watching boxing matches and things like that. I think it’s amazing, but I know it won’t be for everyone. Mark won’t let any of this stuff go up on youtube, but you can listen to a song here from his website.

Finally I must write I’m half way through reading Owen Jones “The Establishment and how they get away with it”. It’s such vital important reading even if, like me, you already assumed the government and big business are far too cozy.  Some of the facts and interviews in the book are really inspiring. The book shows how important it is we vote in elections, we get involved in things we believe in,  and stand up for our diplomatic rights and to be critical independent thinkers. It shows how can power can, but doesn’t have to,  lead to absolute corruption.

Last of all, news about a film being made about a young JD Salinger excites me! What happened to those new books of his that were promised in 2015?

When I started this blog a couple of years ago I made a decision to leave the personal stuff to a minimum, I’ve got my secret diary for that, so I’ll just say sometimes you just need to escape into a bit of punk emo sonic distraction.

At least I do. So I ordered the new Quarterbacks album,  who call themselves a “twee punk band” who have released some rad cassettes, sadly they’re all sold out but their first proper album is out tomorrow (10 Feb) on Conor Oberst’s Team Love records. If you want to download it for a few bucks you can do so here.  It’s impulsive and slow with a toxic mix of sweet and clever lovesick lyrics  “When you said you loved me, did you just mean you missed me?”

It reminds me of my time at university in South Carolina at 19,  being drunk and silly just to make the pretty girls talk to me. It reminds me of being 24, married, and  living above a supermarket in Germany daydreaming about tomorrow.  It reminds me of today, at 37, and watching the stars explode trying to make words come alive.

It may be 10 degrees hotter in Germany, but we’ve been enjoying the summer here in Hadlow Down. After all the trips and goodbyes of the last few months I’m relishing the prospect of spending some time with my wife and family. Once the primary school bells ring for the final time this year we’re off to France, but this is no place for holiday snaps, but I guess the new Conor Oberst video below got me all misty eyed.

I had a rare morning in Brighton this week, where aside from having a rad vegan breakfast, picking up a comic from the coolest comic shop around, I got the new tape from Bonnie Prin 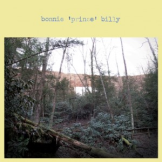 ce Billy which is all about the meaning of life and facing your own mortality. It’s heavy stuff and probably best I only have it on cassette where I can listen to it driving around the Wealden fields without bothering anybody else as tears fill endlessly up in my eyes. In related news, that old car is going for an MOT next week I’m hoping it all goes well because I’ll sure miss hanging out in dusty charity shops snooping through the 50p tape section.

I also joined a little poetry club next door. It’s fun, but as I’ve not written anything for years feel a bit hypocritical recycling old poems from 2008, but nobody knows and it’s all good. I might even write something again.

It’s not high art, but the big bosses at Archie HQ have killed old Archie off in the married life comic series, which doesn’t make sense to all us 30-something comic fans who got a kick out of Archie going through the same stuff we do. Can’t be bothered to go back to the teenage comics, that’s another world and I don’t care much for nostalgic (except back at home at my mum’s)

Ok, here’s the new Conor Oberst single. I keep going back to his album, which hits me pretty hard too like he did back in ’99 with Fevers and Mirrors. It’s rad and infectious and real, and few albums are like that these days seems to me. More soon.

Listening to Mark Kozelek and Desertshore

I was worried I’d miss something important by being away from the internet, but hurrah for the newspapers and radio which keeps me up to date on all that really matters. So on Wednesday morning, instead of scrolling through Facebook pages and looking at pictures of somebody’s home made cookies or new dog, I was listening to the radio whilst cooking my kids dinner, and who should come on for an interview? None other than Mr. Emo himself Conor Oberst!

I don’t know about you, but I had almost given up on Conor. Back in the late 90’s he’d released some amazing lo-fi self confessional angsty bittersweet songs on tape (commander venus) and later cd (every day and every night), and then the first part of the 21st century he’d put out some pretty interesting music like this one which still remains one of my all time favorite songs, but then it got kind of quiet. I was worried he might turn into Ben Lee, an Australian guy who hit his musical and creative peak at the age of 15 with Noise Addict back in the early 90’s, and after getting signed to Thurston Moore’s and then Mike D’s record labels went sadly rapidly downhill ever since. Last I heard that guy was talking gibberish about the joys of psychedelic drugs that get him high in the Amazon rainforest or something. Whatever works for you, man, but that’s not quite my scene.

So, it was encouraging to see that Conor Oberst did still put out some good songs now and again, especially with the band Desaparecidos, a socialist left wing punk band, who really are quite spectacular, but his last couple of proper “solo” or Bright Eyes stuff has been pretty mixed.

Then he played a couple of songs on this radio show the other day, one was so sweet it almost made the DJ cry, and once again I’m excited all again over this kid, or rather man now

, and what he’s got to say. The interview was pure and real, and made me believe in the romance and mystery of life and music all over again. You can check it out here where it’s up until the end of April.

On 20th May his new album “Upstairs Down Mountain” is out. I think if those two songs are anything to by, it could be a contender for record of the year, whoo! whoo!